This months Spotlight is on the Historics 40mm Musketeer Minature
Eureka Minatures put out a wide range of 40mm historic minatures of a very high standard of quality. I found this minature to well detail and smooth allowing for easy painting, it had little to no flash on it at all and it was well preportions , I like the facial expression, very realistic.There are 15 minatures in this range from hired hands to serving wenches, they also provide a game set which include 2 scenery packs. I measured the figure and it does stand 40mm from foot to hat and came in 4 easy to assemble peices. It really was an enjoyable paint and i found it hard to put the paint brush down once i had started.  I have never painted a 40mm figure before and the challenge from painting 15mm to 40 is vast, they show up every brush stroke, but i found myself wishing i had more to paint, The trick is to work on your layers. One layer at a time and leave the detailed work to last so you don't have to redo anything tht you've painted over by mistake. I didn't use any dry brushing on this figure. It is all aout consistancy of paint, which ihave to admit is my biggest struggle but i'm getting there. I will probably purchase the game set later this year as I enjoyed this a lot. the rule set looks fun and you don't need a lot of figures to play a game.
Eureka  has a free set of rules that you can down load from the below link as a pdf
http://eurekamin.com.au/games/andoneforall
My inspiration for painting this model came from this pictire I found on the internet, I believe and correct me if i'm wrong, that the uniform is from the kings army of Louis XIII  1643, the shirt i have painted slightly different from another picture i found. 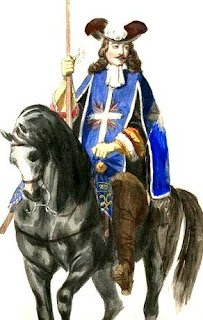 I use a three step layering method to paint this figure i find that it gives a far better finish, with brighter colours and better shading. Ii'd like to try some of the foundry paint system paints one day that have been designed specifically for this method.
sadly I had problems with my camera and the pictures of the steps look terrible so here are my colours i used if you want me to post the pictures anyway to see how i did each step let me know
I used Vallejo paints for the blues first dark prussian then dark blue then flat blue 50/50 flat blue white for small amounts of extra highlights.  games workshop white. (maroon and blood red,for under the coat).  face- vallejo red brown first coat, citidel flesh 2nd, games workshop flesh 3rd
pants - dark drown with 20% black added then dark brown again leaving small amounts of the lower layer then mid brown highlight with light brown finish
Boats mid brown 50/50 mid brown yellow orcha yellow orcha highlight.
well on to the minature 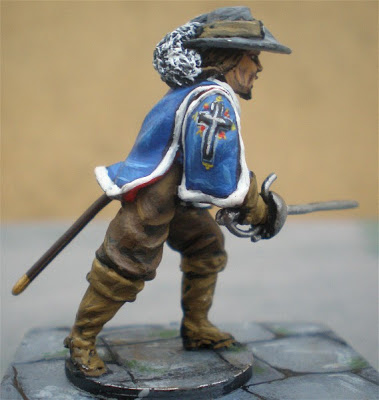 I found i had a wee bit of fun with the smoothness of my paint as it was around 30 degrees inside the house  then i had my lamp on as well and the paint was drying on the brush even before i got it to the model, but I'm still quite happy with the out come. 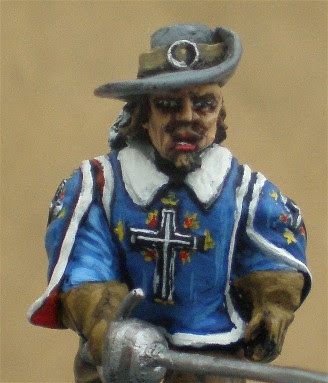 My Daughter slipped in the car as i was taking this model to get some nice pictures at a friends house and broke it off the base and the sword, so i had to drill out the sword and reattach it and fix some chipped paint, i was a bit bummed and had to use my own camera to take some pictures 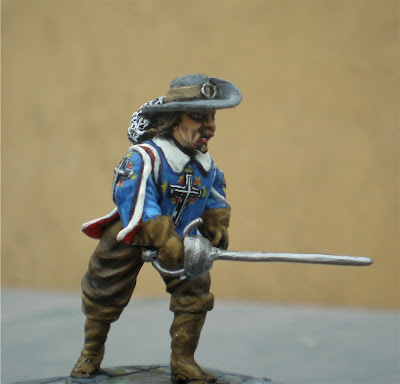 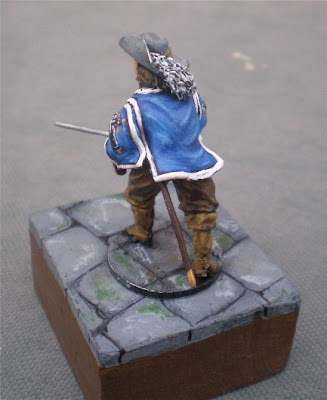 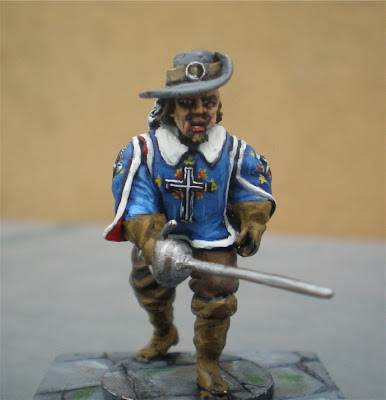 the base isn't attached to the figure I painted it up so it had something to stand on for a
better angle fortake photos it's actually a hunk of lead i found at work nice and heavy. 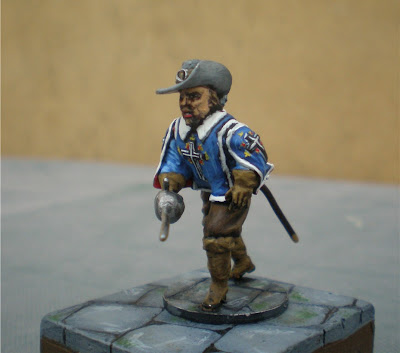 well i hope you've enjoyed the first of my eureka Minatures highlights as much as i have doing it.
Next time I've asked a Local historian and Gamer Dave Batchelor to do an in depth historical background on either  A british square diorama being attack by cuirassiers or maybe some romans from around 100 - 150 ADc I will be using his research to paint the figures so that they are as completely and historically accurate as possible.
Posted by Galpy at 4:07 PM