Well day 4 turned out to be a day where i found it hard to get near my paint brush but i did manage to finsih 16 figures of the 35th regiment and nearly finish the other 16 of the Kings own regiment, found that i had miss counted and need  another drummer and flag bearer so started those today
In the next feew photos the figures have had their final coat of off red almost pink second highlight of gold cuffs and colars done  and rifles finished 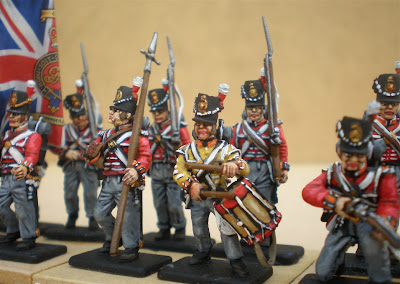 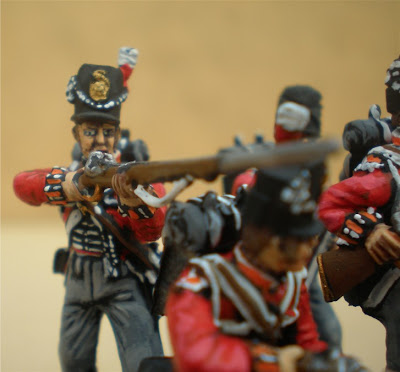 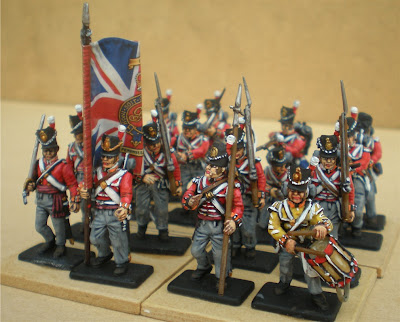 Some might have noticed that i put the wrong flag on this command stand
I will swap it out and repaint the cuffs and colar and put it with the stands below. 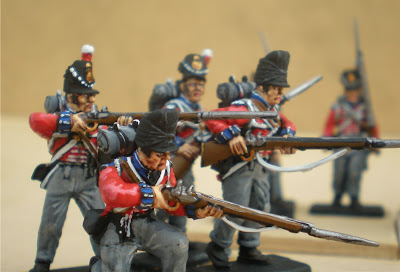 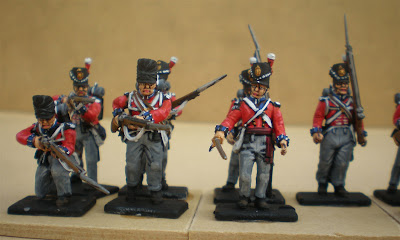 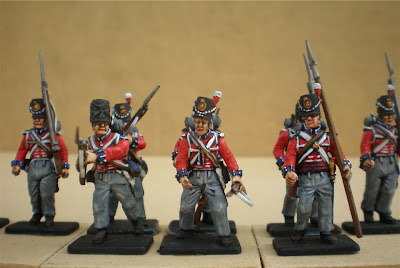 Also noticed in this picture that the sash needs its highlight 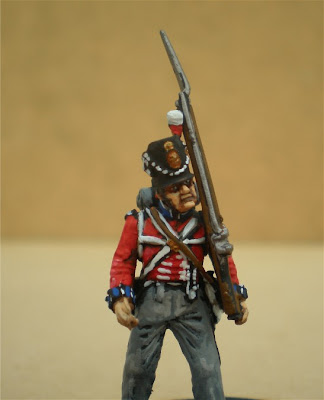 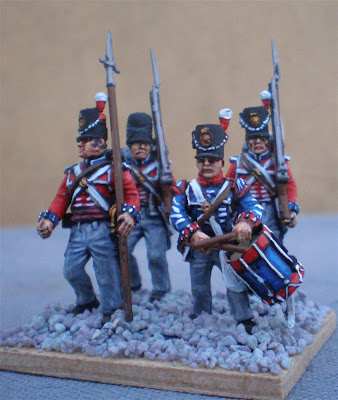 I managed to paint up both figures that were missing heres the drummer lots of work still and finishing work on both figures.