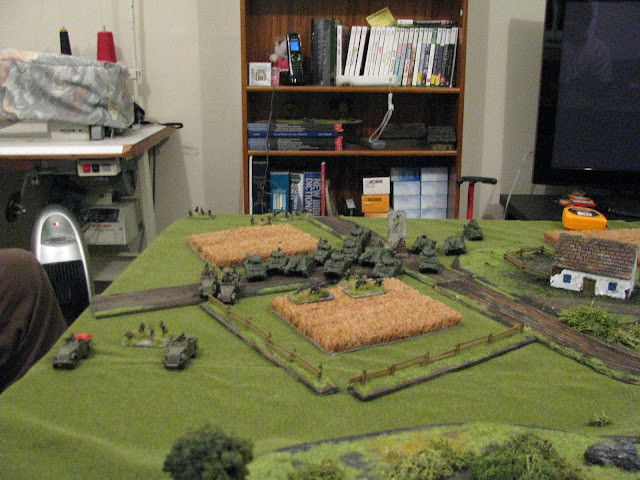 Wednesday night Craig and a new player Steve came around home and we had a game to show him how the game works, I think he had a lot of fun. This was his first game after collecting fow for over ten years

In the picture above Craig races up on the right and destroy's my marder, not nice 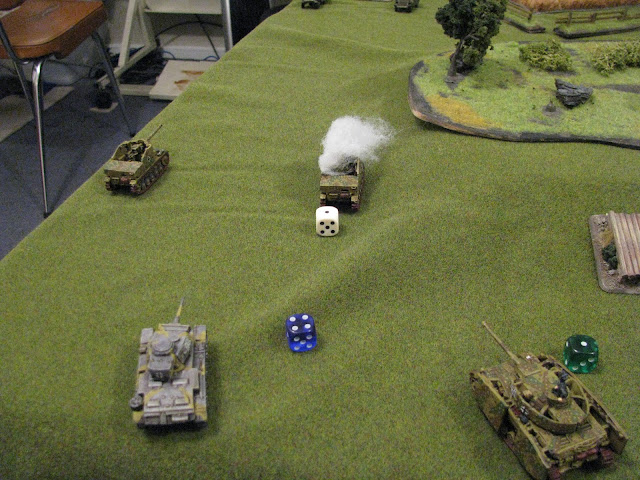 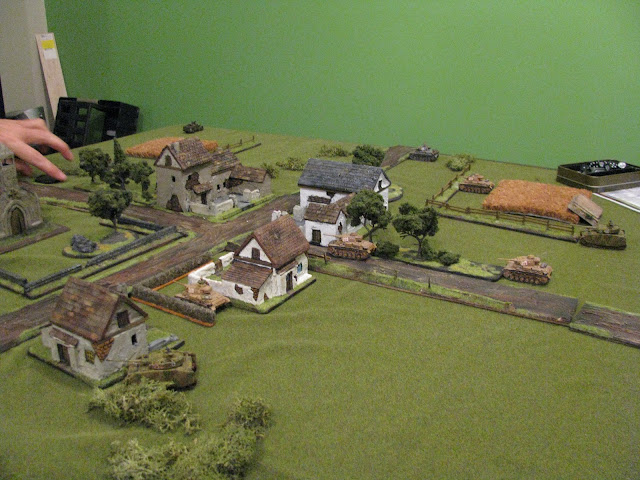 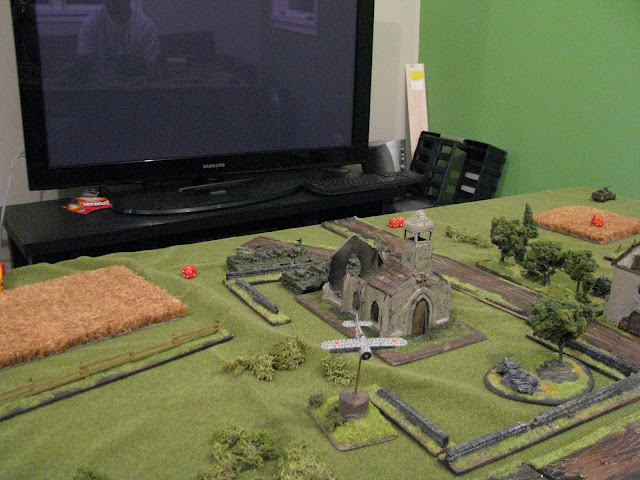 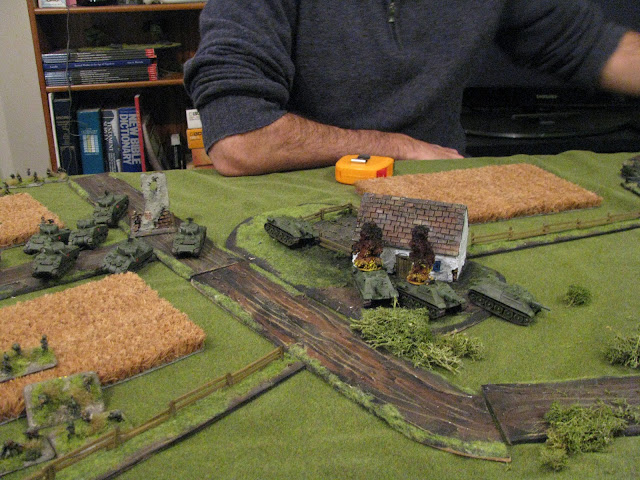 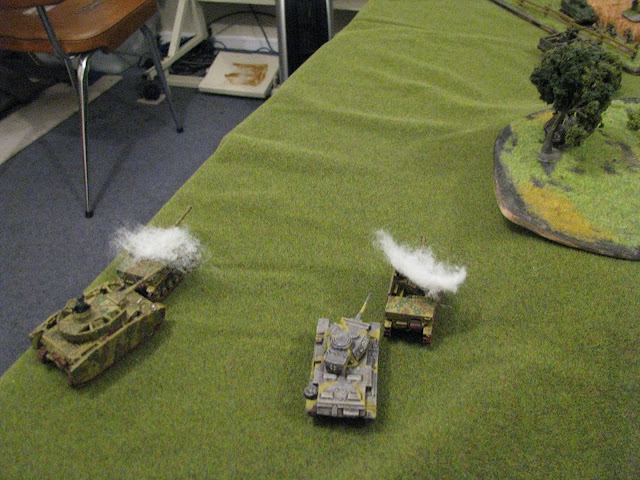 Will i ever learn, don't put the marders out in the open, all they do is die 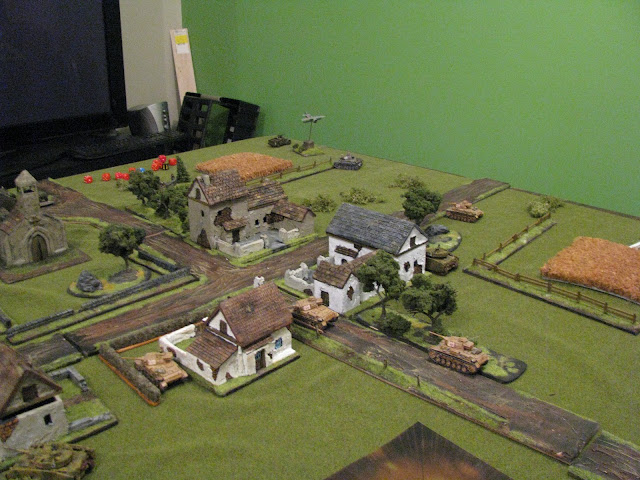 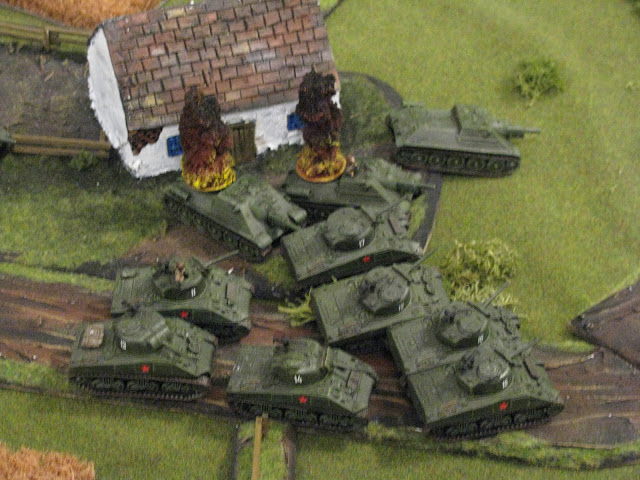 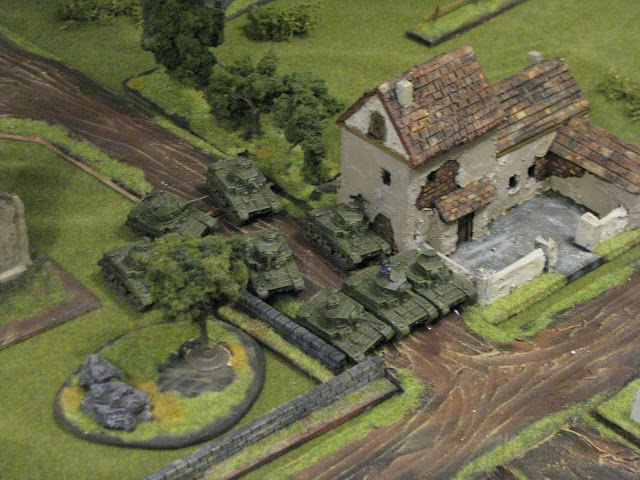 Steve proves to be a good shot, where as all i can role is ones and two's 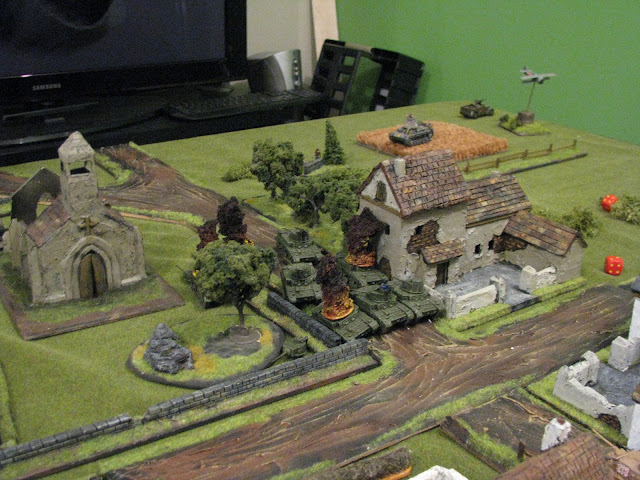 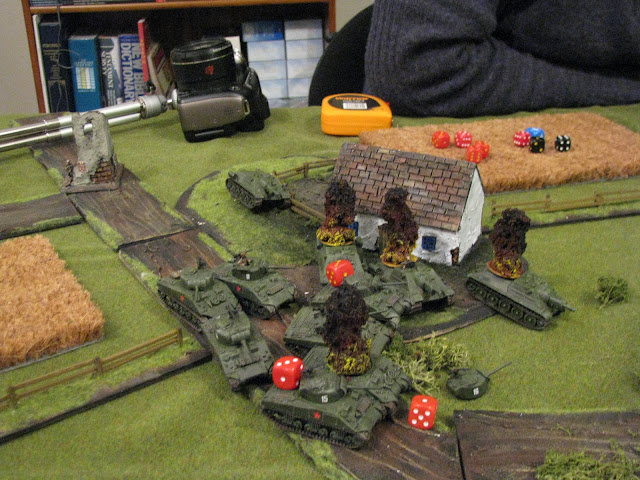 But anyone who's played Craig knows as long as the games playing he is dangerous and he suddenly swings back to the right and is contesting our objective he bails my IV , i pull back two III's to contest 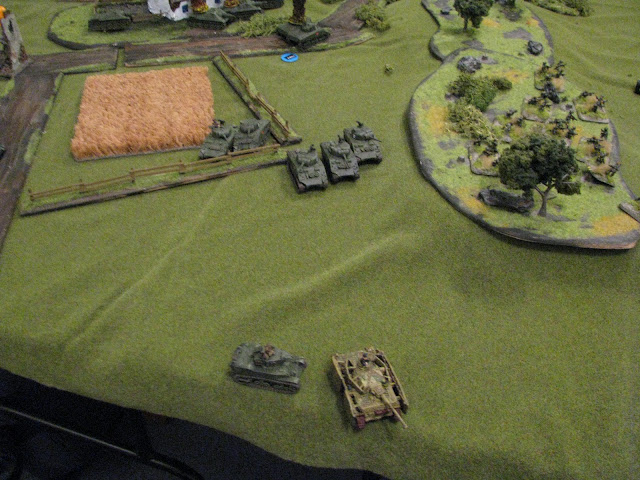 Steve tries to destroy as much as he can and puts craig under half strength, we both try and destroy craigs commander in chief but fail craig destroyed my III's the turn before so it comes down to a role if he roles a 4 or better he wins a 3 or less we in and you guessed it he roled a 4game to Craig, i still need to remember to protect those objectives better. a great fun game for steve's first 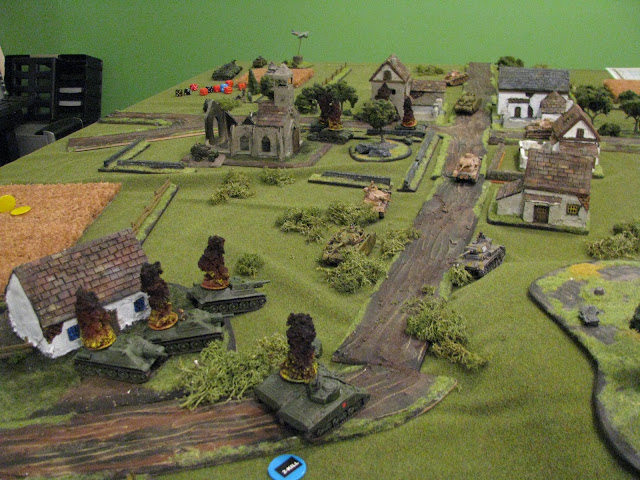 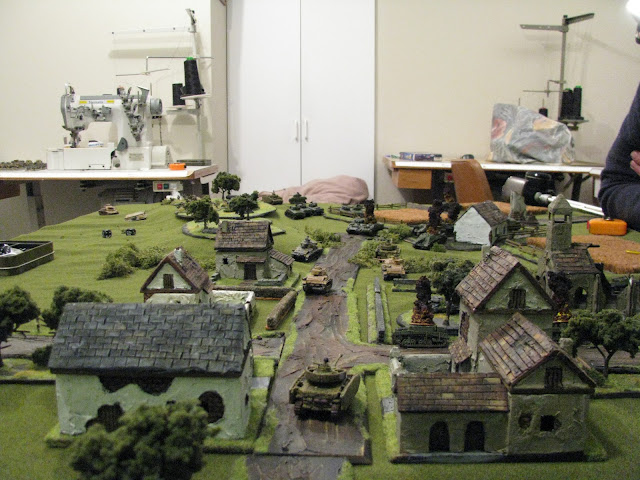