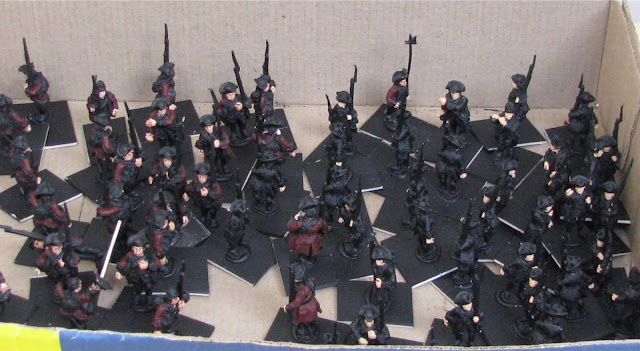 I've started the next army as part of an on going commission for Reg, I've completed the Austrians and the Hanoverian's now it's on to the British, so I've based and undercoated 220 infantry  4 guns and crew and some command figures to get started. Today i painted three coats on the skin on 48 figures one coat on another 30-40 figures and started the red on 24 and two coats of red and the first for the white on another 24 so a good start for one day. 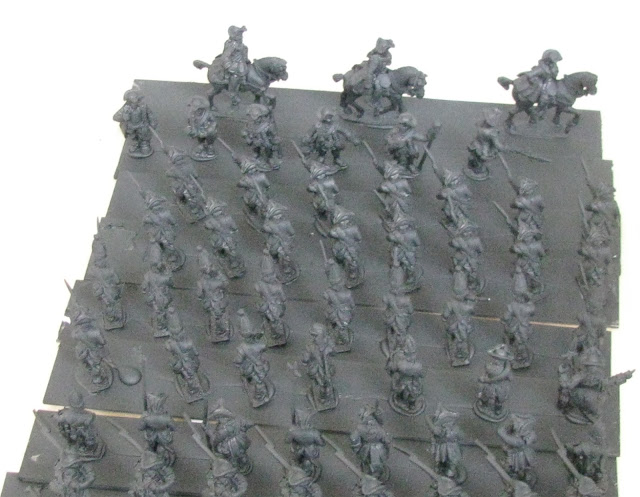 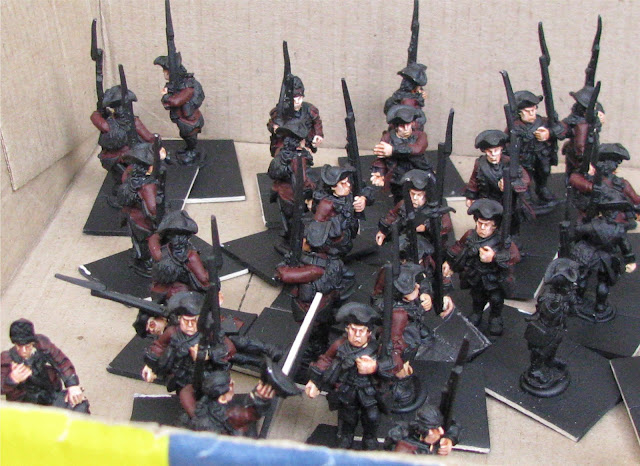 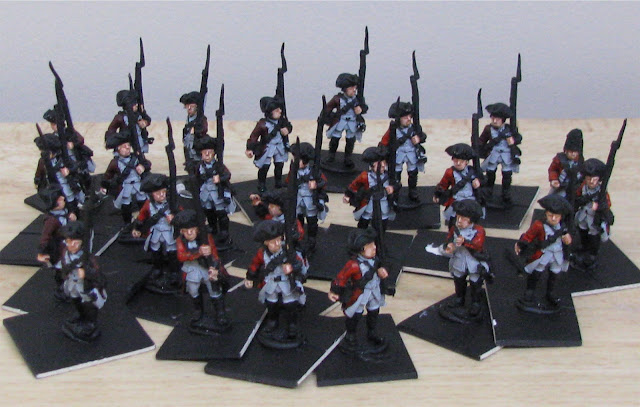 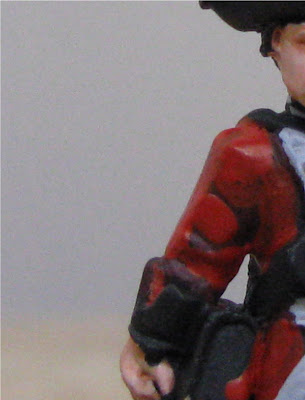