This is the first stage of a diorama that I'm working on, part of my Eureka minatures spotlight. The diorama is based around the 28th British regiment in square defending against a charge by cuirassiers of the 10th regiment at Quatre Bras. the diorama will be on a circular base with the corner of a British square under attack from french Heavy cav.
Here are the first pics of the 28th almost finished . Looking at these pictures i think i will do some more work on the faces. They look great to the eye but not happy with the way they photographed.

These minatures are 18mm Eureka minatures Napoleonic range http://eurekamin.com.au/
and they are gorgeous I mean i love the AB range that Eureka have and I have two AB Napoleonic armies and would be more than willing to start again using this range figures.,
They are not quite as finely detailed as the AB range but they do have enough and look real nice. Hopefully the pictures show this off. For me a figure with a with a well defined face is important it can be the deference between a good army and a great army on the table. the only problem i had was that 2 of the bayonets broke off while painting. I was pleasnatly surprise at the quality and smooth finish of these figure and would give them an overall 8 out of 10.
the causalties are from Eureka minatures AB range
Well here the first shots
these guys will end up forming the corner of a defensive square 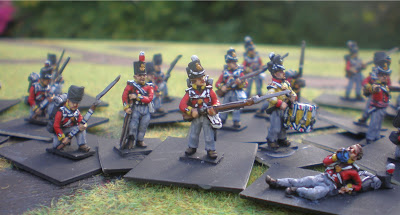 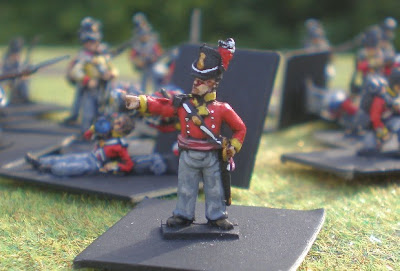 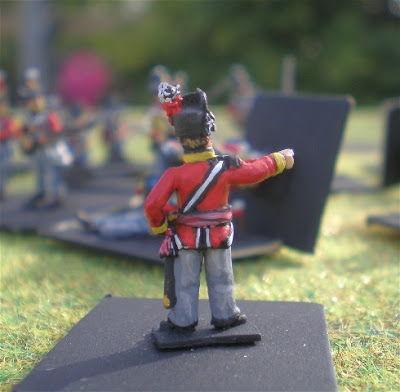 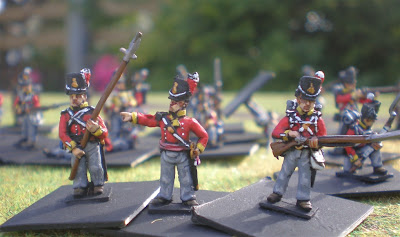 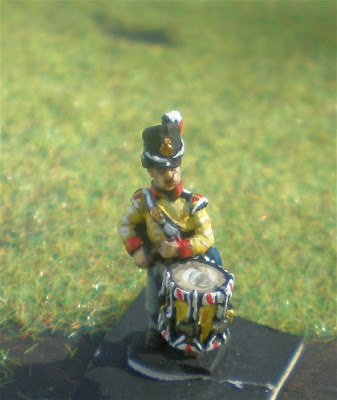 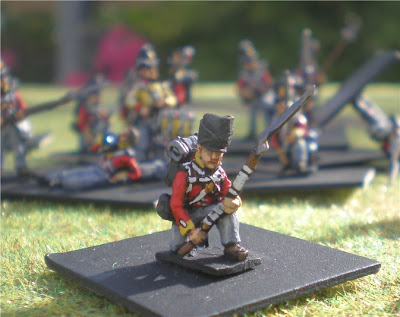 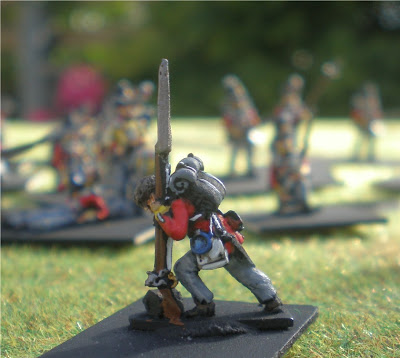 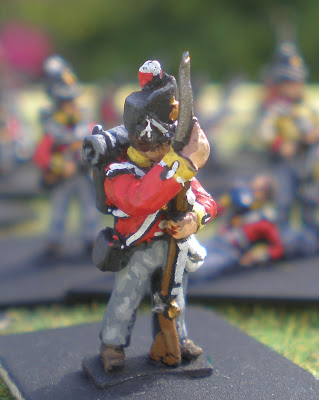 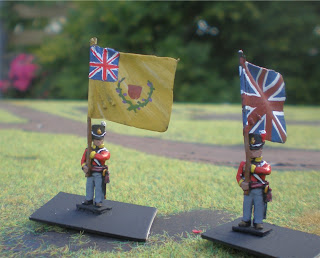 these guys arn't finished yet. haven't highlighted the pants and faces yet
and the flags still have a lot of work yet
Posted by Galpy at 10:46 PM