last nights game- the death of my army 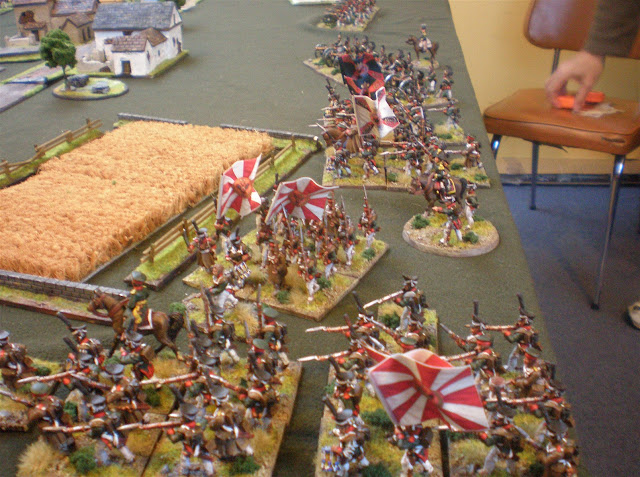 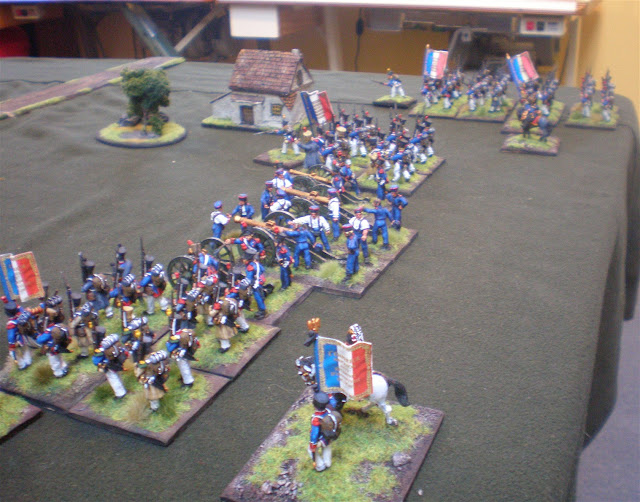 here i am lined up ready for battle 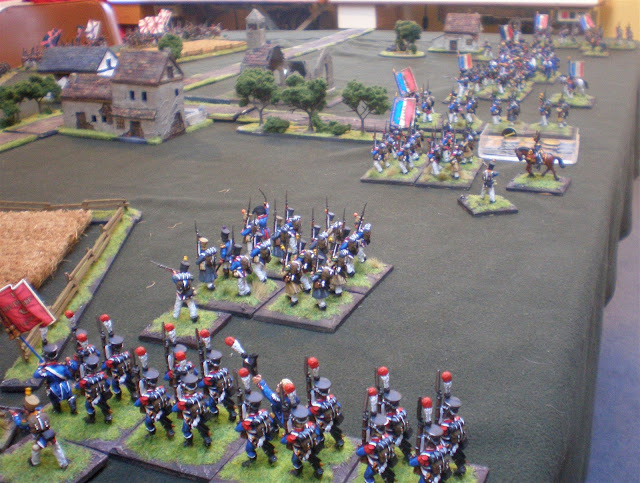 I make an attack down both flanks 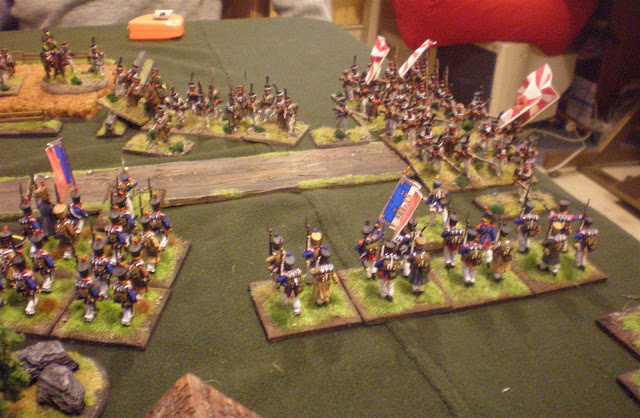 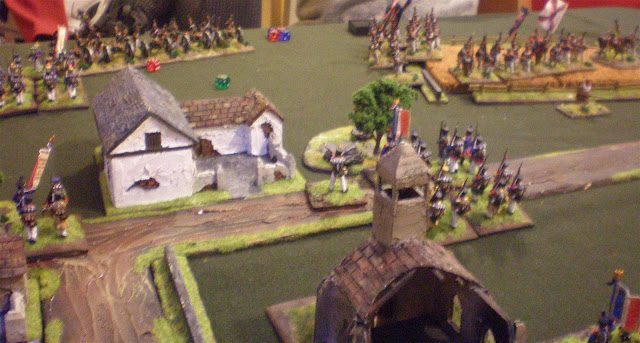 things still look pretty good for my lads at this stage but in my next turn i fail all my attacks and this proves to be vital. 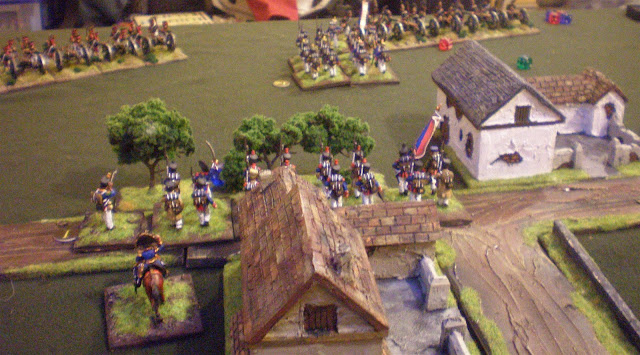 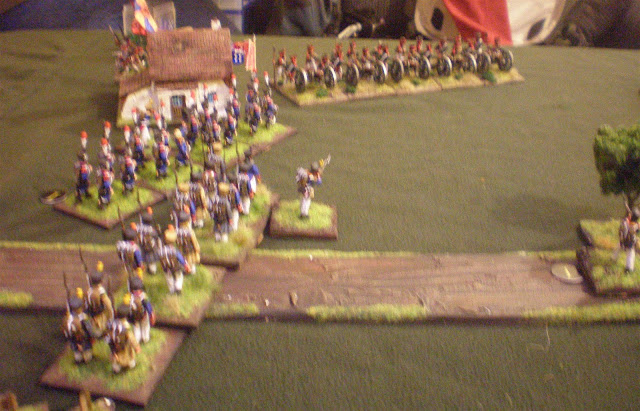 The Russian reserve cav arrive things are not looking the best 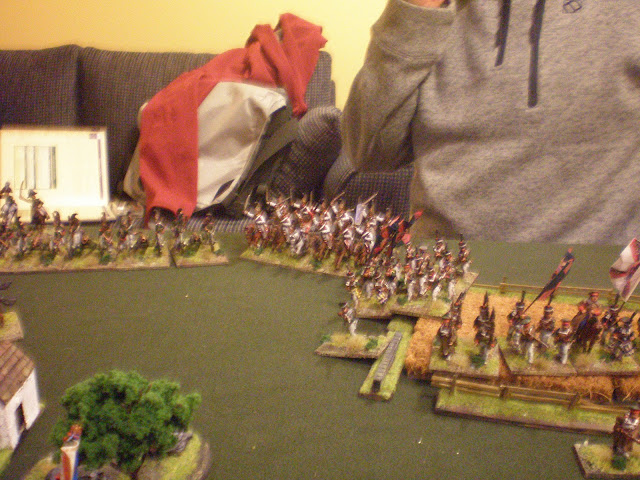 even though i survived the canister i took so many hits i could no longer attack i was then forced into square and the attacked by heavy cav which bounced twice the second time i had moved a second regiment behind so they could not break off and they were destroyed. 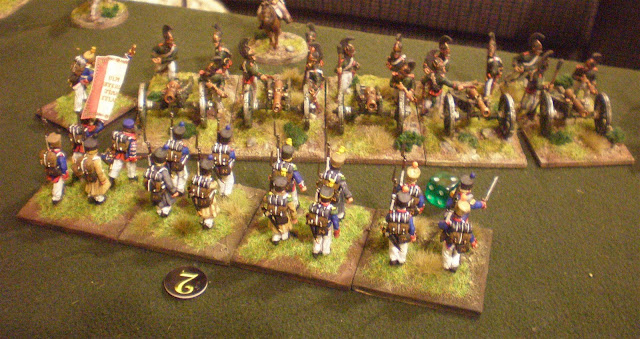 my right flank is destroyed by Martins forces 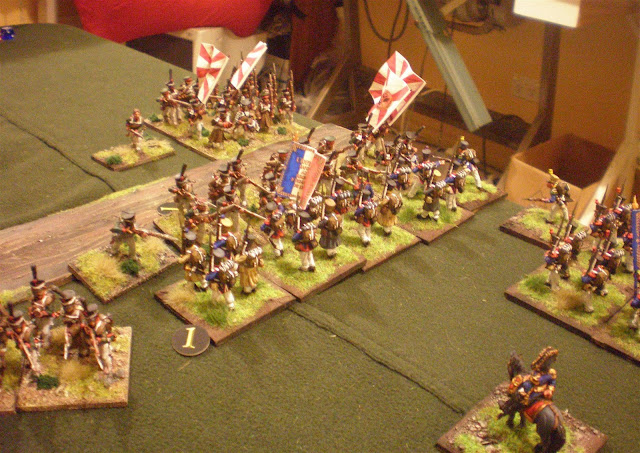 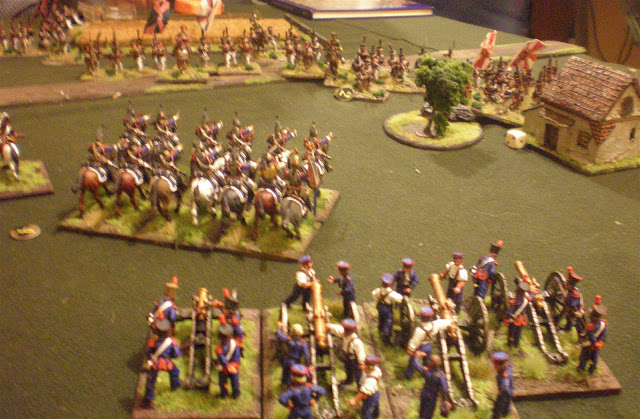 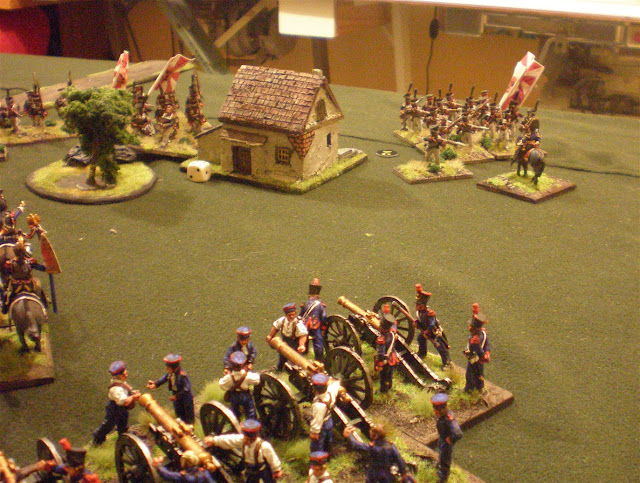 In the distance my cav destroys Craig's guns and then in turn is destroyed by Craig's cav as you can see the rest of my army is falling back, end of game one to the Russians 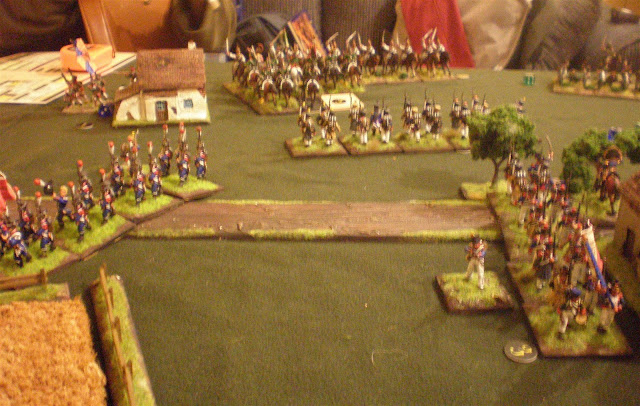