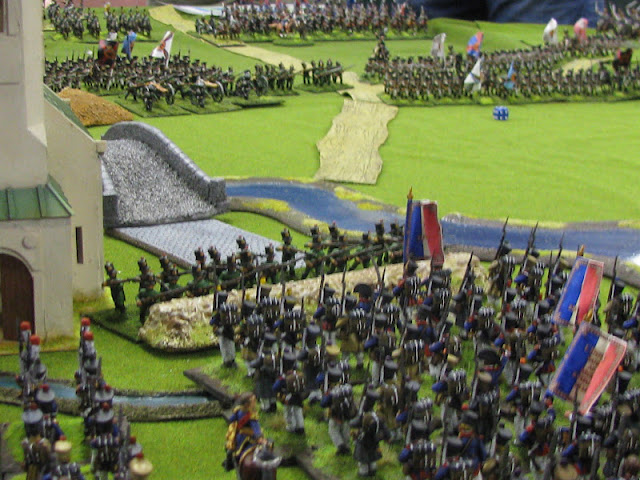 This past weekend i took part in what would have to be the best run most fun biggest wargames event that i have ever seen what a great bunch of guys enjoying thousands of amazing figures as we refought the Battle of Borodino, Many thanks to all those who help organise this great event but a special thanks to John hutton for the huge effort that made all this possible. I've added a link to my good friend Craig because i thought his report was so much better than i could ever do so please visit his blog to see how the battle ran
craigswargamingblog, Borodino report
there were about 4300 infantry over 1000 cav and 160 guns all 28mm what an amazing site.
above is my first of two failed frontal attacks and i was to lose the first unit of the day to a huge cheer from the Russian side. In the end i had to shot with cannon and three battalions of infantry to break these guys 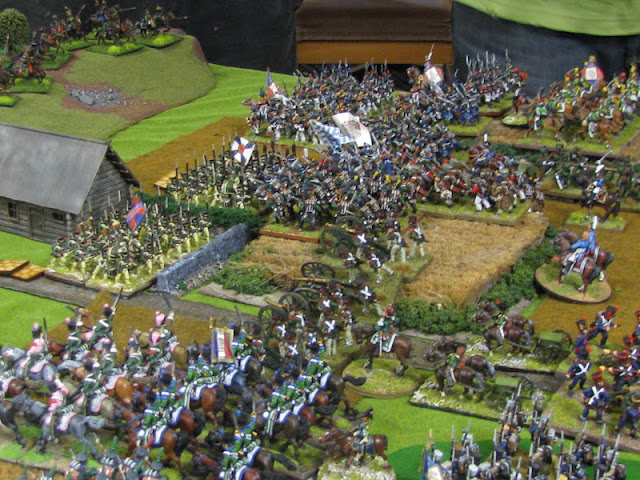 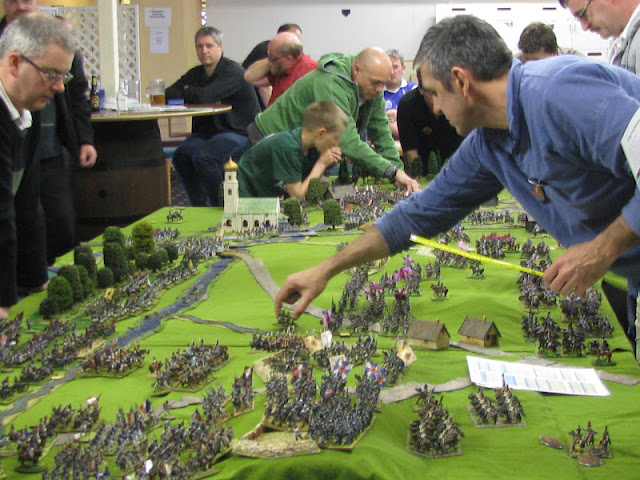 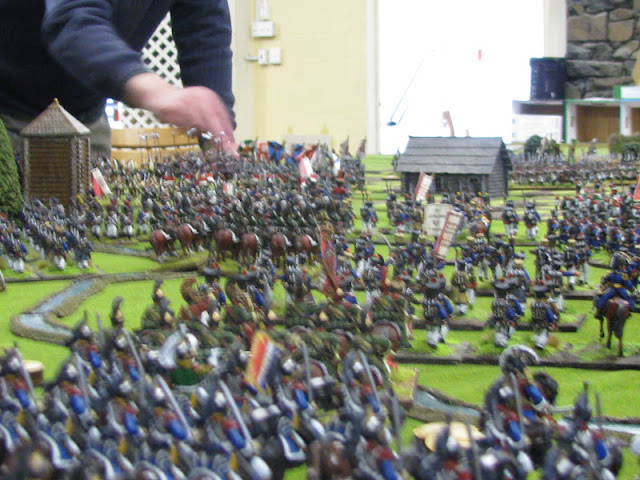 I commanded Eugene's command which had draw against it an entire cavalry corps including guard cav it wasn't to long before Russian cav and infantry were swarming all over us which is what we had been order buy our beloved emperor to do, his words were attract as much of those Russians over here and tie them up so we did, at the cost of far to many French lives as it became a meat grinder of a grave yard. 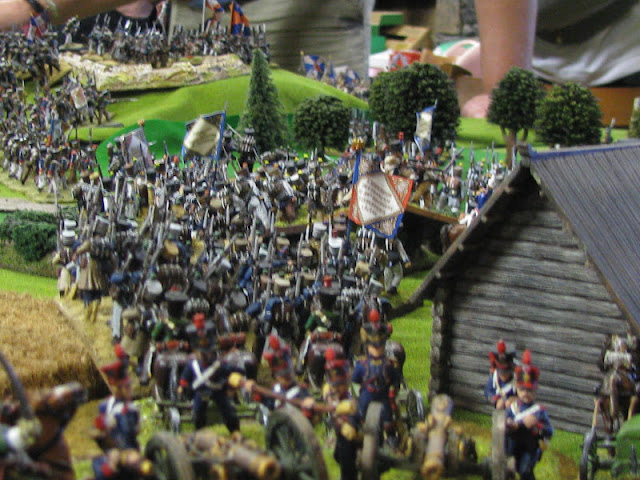 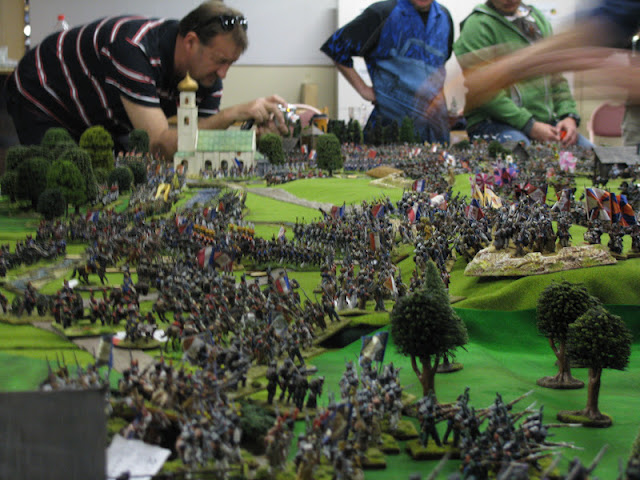 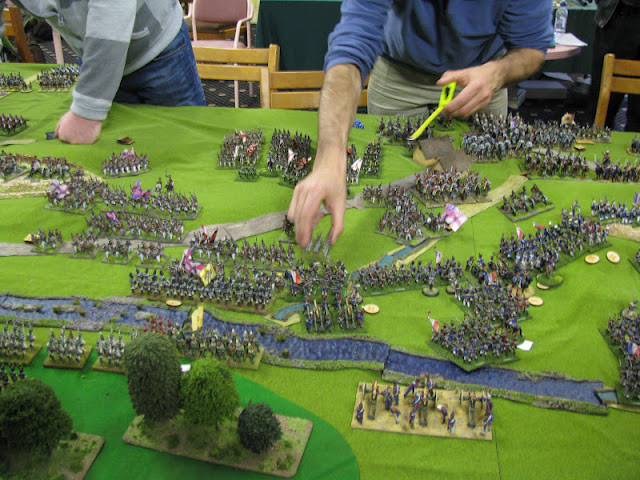 Back on the left flank the thin blue line is really becoming far to thin we've held them for about 10 hours maybe 11 but within two turns my entire Corps of 7 divisions or what was left of them were broken, the only thing left to stop the Russians was reserve cav, 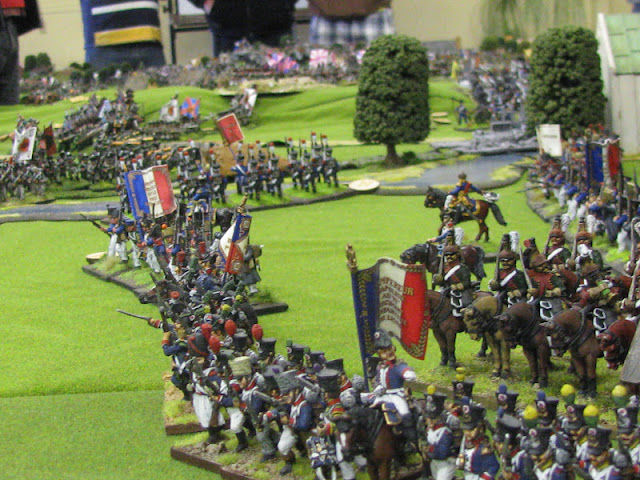 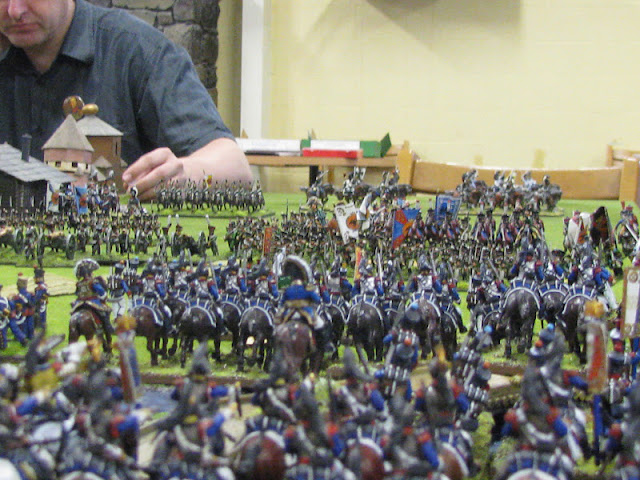 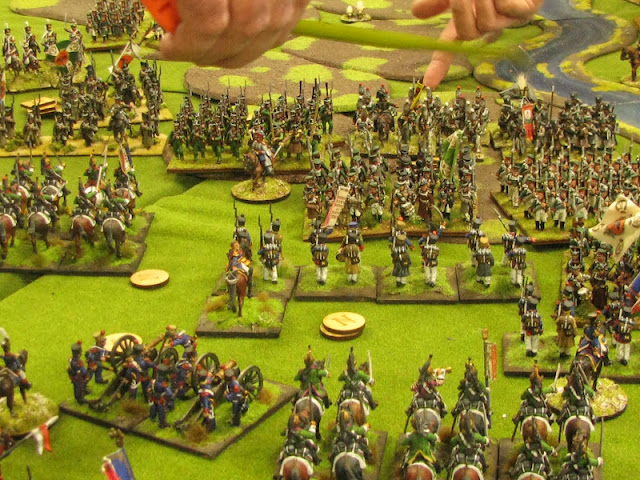 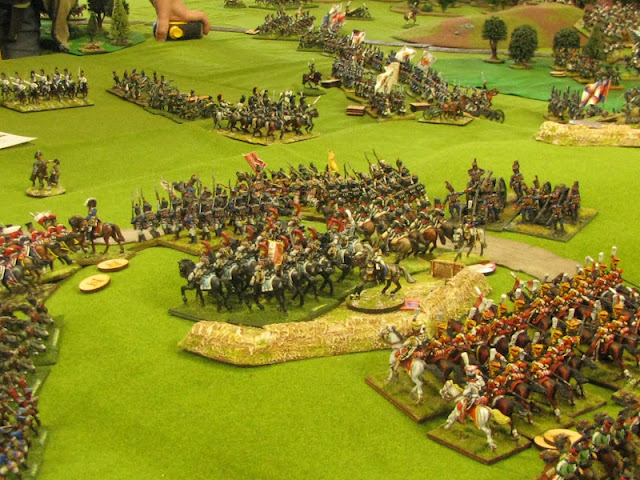 The Russian centre broke the french right were surging forward and the day had been won a teriffic weekend and a great time all round thanks guys.
I do have more pictures which i will get up in the nex few days 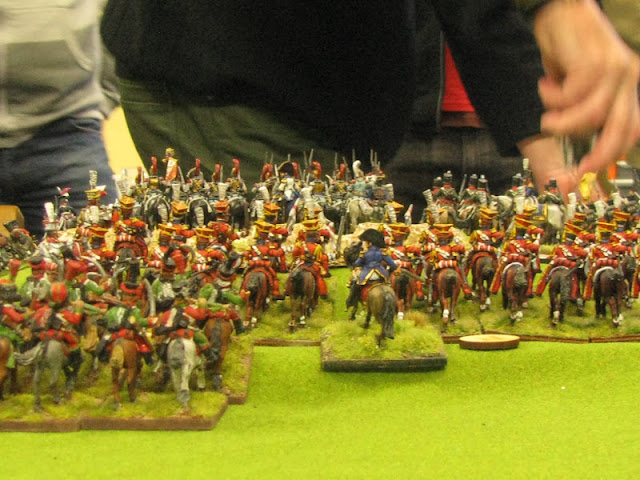