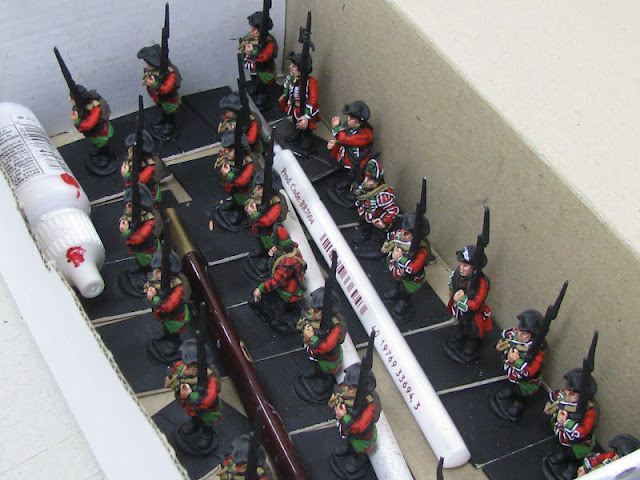 Yes it's back to the SYW armies that i'm doing for commission I've been working for nearly two years now on these armies Austrians done Hanoverian done and this is the second unit of the British. After spending quite a few weeks on my French for Borodino and a week off painting it's back to work. They have now three layers of the red and green and faces started the white but still at least two- three nights of work to go, before i start the next one
Posted by Galpy at 10:42 PM